After creating two millionaires from scratch, the penny stock guru is ready for round three 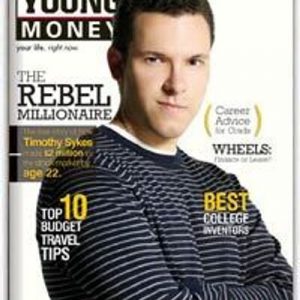 (Los Angeles, California USA), May 25, 2020 — On Wednesday, May 27 at 8 PM ET, penny stock expert Timothy Sykes is holding his first-ever 9:30 AM Profits Summit. Where he’ll reveal a strategy he invented to make thousands of dollars, morning after morning, leveraging a strange phenomenon that happens when the market opens.

In the last two decades, Timothy Sykes turned about $12,000 of his bar mitzvah gift money into over $5 million by day trading penny stocks. During his senior year of college, he started a hedge fund, which went on to become the #1 ranked short bias fund by Barclay for three years. From 2007-2011, he was Covestor’s number one trader out of over 50,000. Now a full-time trading teacher, Sykes shares his strategies with 4,000+ students in over 70 countries.

“My students come from all walks of life around the world, which shows that no matter who you are or where you come from, I can help lead anyone to wealth and success if they just follow my rules,” Sykes declares. “I have the formula to make anyone a millionaire.”

A formula he will reveal during the 9:30 AM Profits Summit, in addition to a new, one-of-a-kind trading War Room where his students can interact with him directly to find a strange phenomenon Sykes calls a “morning panic”.

This potentially profitable pattern has nothing to do with options, futures, or any other complicated trading instrument. Instead, a “morning panic” is specifically designed for low-priced stocks that any account size can trade.

Those interested in Sykes’ 9:30 AM Profits Summit can visit morningdipbuying.com to reserve their spot — free of charge.

“Truth is, I don’t really care what your experience level is or how much you have in your trading account,” says Sykes. “In my two decades of trading, this is the most powerful pattern I’ve ever seen. If you can catch the bottom, the stock has no way to go but up.”

For more information on Timothy Sykes and the 9:30 AM Profits Summit, visit https://morningdipbuying.com

Renowned for turning $12,415 of his bar mitzvah money into over $3.7 million before age 21, Sykes then started a hedge fund, which was the #1 ranked short bias fund by Barclay for three years.

From 2007-2011, he was Covestor’s number one trader out of over 50,000. He has also exposed various promotion schemes, including two which implicated major celebrities.

In 2000, the veteran trader began teaching his formula to students around the world. To date, he has created four official (and 12 unofficial, as they don’t want publicity) millionaire students, proving the average Joe can outperform Wall Street’s big boys. Sykes’ mission: To create as many millionaires as possible.

Though he works 15- to 17-hour days teaching and trading, Sykes’ laptop office grants him the ability to work from anywhere with a decent internet connection. So far, the travel buff and workaholic has day traded penny stocks from over 100 different countries.

When he isn’t trading, Sykes is building schools and libraries in third-world countries through his charity, Karmagawa. To date, Karmagawa has built 70 schools, with a goal to reach 1,000 schools.